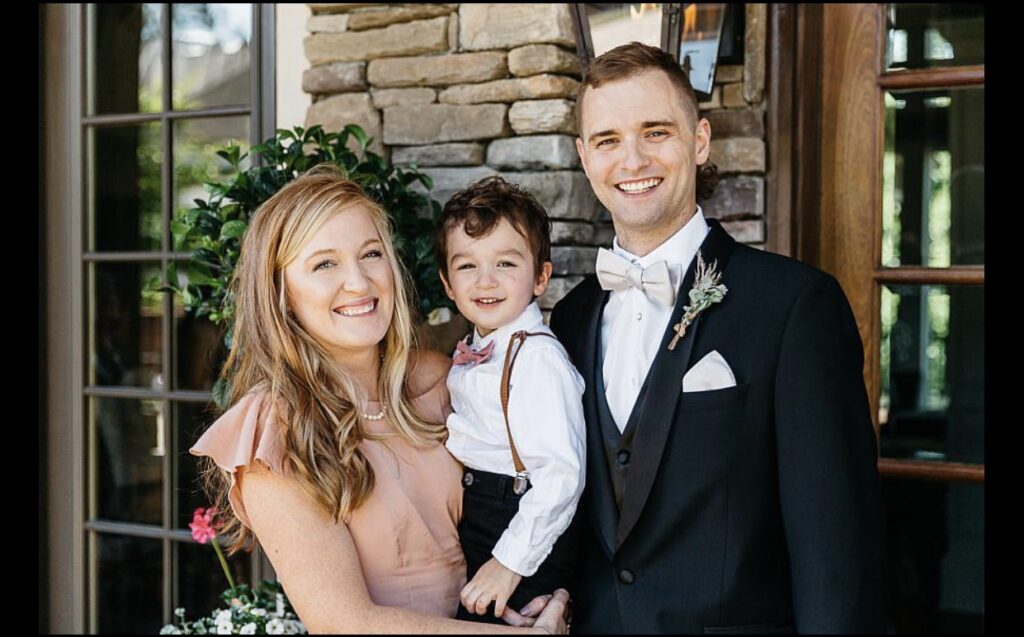 Thank you for taking the time to get to know us and our family. We know this decision cannot be easy, but none the less we trust that God will lead you through this path. We trust and know that the decision that you make and whom you entrust to parent this child is the Lord’s will. For us, adoption has opened a path for us to show love as well as to receive love. We adopted our son, Oliver, in February of 2018. He was just 4 minutes old when we first met and held the little guy, and ever since then our lives have never been the same.

Love can be shown in numerous different ways, each unique and as important as the others. Jordan shows love in the form of giving. He loves to give his time and gifts to others. If Jordan could, he would buy or give anybody whatever they wanted or needed. Lindsey shows love in the form of doing. Lindsey will do anything for any friend or family member that asks for it. She has even been known to go out of the way to volunteer her time and do for others that she doesn’t even know. In our house there is never an absence of love to give or get.

As a family, we live a considerably active lifestyle. Jordan has been an avid runner for the last decade, running races as long as 50km. He also enjoys biking and aspires to compete in some form of an IronMan in the future. Lindsey works out and attends classes at the gym multiple times during the week. She is also an avid runner and enjoys running obstacle course races as well has races as long as half marathons. Oliver is a firecracker, that is all there is to it. He loves playing soccer, running along side his daddy, and jumping on the trampoline. When Oliver is not doing some sort of outdoor activity, he enjoys playing with Star Wars toys, playing with our dogs, playing dinosaurs, or watching “The Fixies”.

Jordan is 30 years old and works as a Production Planner for a company in town. This is Jordan’s first “office job”. For the last 10 years he has been a welder/fabricator and a team lead at the same company he is with now. It is a different change of scenery for him, but this move has allowed him to be home more often and see and do more for the family. Before and while working where he is now, he was in the Army National Guard. He was a helicopter electrical systems technician and was in the National Guard for 8 years. When not working or playing with Oliver, Jordan enjoys building Lego sets, taking the family to the mountains for Jeep rides, and spending time with the family.

Lindsey is 33 years old and is a Licensed Practical Nurse at the school in which Oliver attends. Lindsey has been an LPN since 2013 and enjoys what she does. The biggest perk of her position now is being able to be at the school that Oliver attends as well as being able to be home with Oliver during the summer months. It has truly been a blessing having Lindsey in the position that she is in. Lindsey is an amazing wife and mother. Jordan and Oliver never go without and are so thankful for who she is and what she does. In her free time, she enjoys her flowers, making things, crafting, gardening, and spending time with her boys.

We have 3 animals, 1 cat and 2 dogs. Marshall, our Goldendoodle, is a big ole teddy bear who loves to cuddle and play. He is 10 months old and wants to be the center of attention as well as give all the attention that he possibly can. Harrison is our Yorkie. He is 8 years old and just wants to be held all the time. Him and Oliver have a great time just strolling around the house with each other.

Again, thank you for taking your time to take a glimpse into our lives. We do now know you, but you are already in our prayers and are loved more than you know.