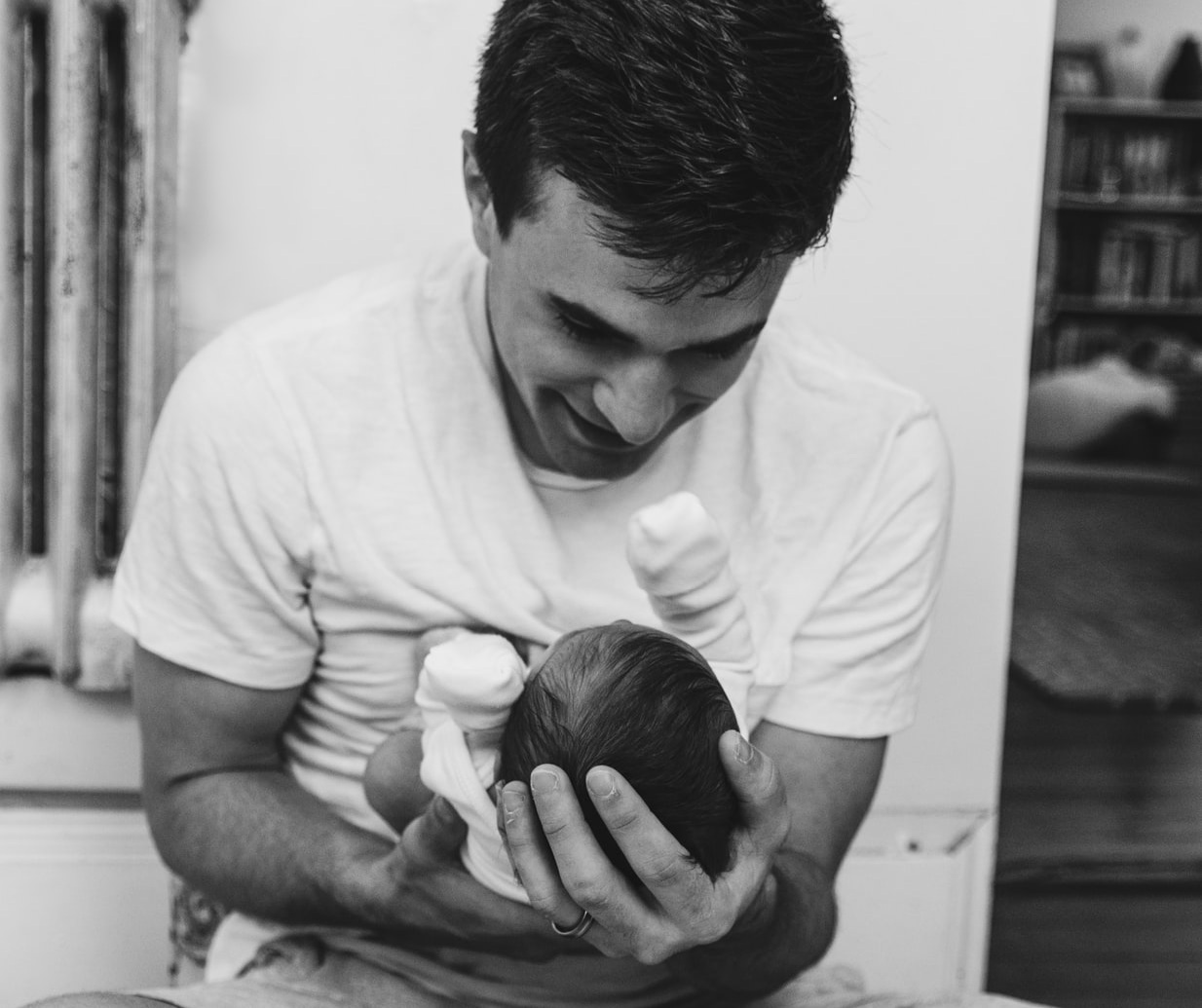 We don’t do it very often. Most conversations about adoption focus entirely on the birth mother, the baby, and the adoptive family, while the birth father just kind of lingers like a ghost, in a back corner of our minds. In fact, we talk about birth fathers so little that a survey from one adoption organization about how adoptive families refer to birth parents received almost no mention of birth fathers. But that ghost is still there. So let’s bring him out of the shadows.

While there may be plenty of men who fit the stereotype and don’t seem to care one way or the other, or even those who would prefer abortion over adoption, many men who have had children placed for adoption deal with a lot of the same emotions as the birth mom.

Grief can be a big part of the story for both parents, but as one father wrote, there can be unique aspects to grief for a birth father who is left out of the story. For example, the grief of not getting to be there to meet his child or say goodbye.

Guilt is another common emotion for both birth parents, but again, can have unique aspects for birth fathers. For example, there may be guilt about not being there for his child, even if that option wasn’t provided to him (because the birth mother didn’t tell him about the pregnancy until later) or if the guilt sets in much later, perhaps with time and maturity.

In some cases, you can probably just tell him. If you know him and feel comfortable with him, just talk about it. Share the plan you’re considering and discuss some of the reasons you’re considering it. For example, if you’re both very young, if there are substance abuse issues, if you are not financially stable enough to add a child into your home, or whatever other reasons.

When the birth father is a part of the picture and is supportive of the plan of adoption, it can be extremely helpful and healthy to include him in the process. Invite him to your doctor’s appointment and meetings with your adoption counselor. Include him in the process of choosing an adoptive family and in your phone calls or meetings with them. Let him be there for the birth and give him the chance to say goodbye, with you.

Every story is different, and a birth father who is not in favor of adoption can create some unique challenges. However, there are a few ways to deal with it.

If you feel safe talking to him about it, even if he disagrees, you can still do that. It may help to invite your adoption consultant to come with you, so she can help explain the process and answer any questions.

If you are concerned about how he will respond, or if the relationship is not healthy, you can speak to your adoption consultant and often, the agency can handle that conversation for you, and serve as the go-between, so you don’t have to talk to him if you don’t want to.

If you don’t know who the father is, or if there are other circumstances that make the situation complicated, your adoption consultant can work with you to make a plan that will work best for you.

You can opt not to tell him, BUT he does have to be notified of the pregnancy and the adoption, at some point, in order for his parental rights to be terminated and for the adoption to move forward. In many cases, you may not have to be directly involved. For example, that notification may involve a certified letter that is sent, or even a notice in the newspaper, if his name or whereabouts are unknown.

At the end of the day, if the birth father is really against your adoption plan and has said he will fight it, there are legal requirements he must meet, in order to have any grounds to dispute the plan. This process generally involves court-approved DNA testing, legal and court fees, and lots of paperwork. Your adoption consultant can explain more about this, but in many cases, the requirements may be enough to discourage the dispute and you will be able to move forward.

We know that the conversation with a birth father can be a tricky one, so we always want you to know we’re here to help. Sometimes, it’s just not possible to share your plan with him. But whenever possible, it can be a healthy experience for you, and can help allow him the chance to process and come to a place of peace.